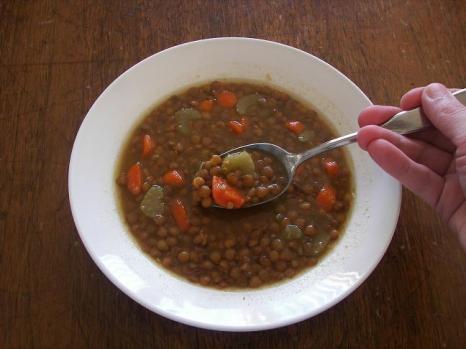 At this juncture of our story we get a relatively short look into the life of Isaac for we know little of Isaac in comparison to the more in depth narratives of Abraham and Jacob. We also see something of his wife Rebekah and we learn of his sons Jacob and Esau.

At forty Isaac married Rebekah, Bethuel’s daughter, Laban’s sister. She was barren for the first twenty years of their marriage which at that time in that culture was even more despairing than it is today. But Isaac prayed, he interceded for his wife.

God will always come through. He will always keep His promises. His word is sure but quite often He has it in His mind for us to wait for the fulfillment. After Isaac and Rebekah had been married for twenty years, Jacob and Esau were born.

Just a few hours ago I got home from a powerful presentation given by Nick Vujicic, a man with no arms and no legs. He’s been all over (42 different countries) the world speaking and teaching. He’s prayed for the sick and injured, and seen people healed, a few with serious conditions. He’s been praying for himself for a long time now — praying for arms and legs. He told us that he has even purchased a pair of shoes in case the LORD decides to grant his request. I’m guessing that Vujicic will never stop praying for his healing, ever. I think that one of the most important reasons that he displays such courage is that he also prays, if the LORD chooses not to heal him, that He would use his condition for His purposes. He was truly amazing. If you’re interested you can learn more by going to http://www.lifewithoutlimbs.org .

Even though Isaac had to wait twenty years, it’s interesting that he didn’t take Rebekah’s handmaid as Abraham had with Sarah’s. Jesus tells us in Luke 18, that we’re to always pray and not grow faint and apparently Isaac did just that.

It’s also interesting to note that even though Isaac knew of God’s promise to Abraham that through Isaac the nation of Israel would come, when Isaac realized Rebekah was barren, he prayed. In fact according to Matthew Henry the Jews have a tradition that Isaac took Rebekah up to the top of Mount Moriah, where God’s promise was made to Abraham, and there they prayed together for children. Isaac didn’t rest on the laurels of God’s promise at the exclusion of prayer. God’s promises should never supplant our prayers but rather should be a foundation for them. Without question, one of the most powerful ways to pray is to remind God of His promises. Praying in the promises of God from His word is huge. It’s one of the most important ways we can communicate with Him.

I just read a Facebook post from a family friend who said that she couldn’t sleep because her baby was kicking like crazy. While Rebekah was pregnant she could feel two babies in her womb, jostling each other. It was so intense that she felt compelled to do something about it and to her credit that something was to inquire of the LORD.

“Why is this happening to me?” Rebekah asked.

You’re having twins, the LORD answered, there are two nations in your womb, two groups, two peoples, and they’ll be separate from each other. One nation will be stronger than the other, and the older will serve the younger.

The older serving the younger was of course outside of the cultural norm at that time. But fulfilling God’s prophecy, Esau’s descendants the nation of Edom would later be subservient to Jacob’s descendants the nation of Israel. The older did indeed come to serve the younger. And the stronger served the weaker. The cunning hunter served the homebody. Our God has a propensity to use foolish things of the world to shame the wise and to use the weak things of the world to shame the strong. (1 Corinthians 1:27)

Finally, the day came and she gave birth to twins. The first to come out was red and his body was covered with hair. So they named him Esau which means hairy. And right behind Esau, Esau’s brother came out — right on the heels of Esau as it were. In fact the younger brother’s hand came out first, clutching tightly to Esau’s heel. So they named the second son Jacob, which means “heel snatcher” which is an idiom in Hebrew for “he deceives.” We’ll learn more of Jacob’s deceitful nature later. Isaac was sixty when his sons were born.

As the two boys grew up Esau became an outdoorsman — he loved to hike and hunt and fish — and he was good at it. His favorite stores were Cabela’s and Bass Pro Shop. Jacob on the other hand liked to hang out around the house — he was a homebody. His favorite TV shows were MasterChef and Good Eats. His favorite store was Kitchen Kaboodle.

Esau and Jacob represent the flesh and the spirit within each of us. Esau the eldest represents the flesh because all of us walked in the flesh without Christ before we accepted Him and opened the door to the Holy Spirit. Who will grow stronger inside of you, the flesh or the spirit, depends on who you choose to feed. Feed the flesh and he’ll grow stronger — your spirit will grow weaker. Feed the spirit and the opposite happens. When deciding which to feed you might consider Romans 8:6 where God tells us that the mind governed by the flesh is death, but the mind governed by the Spirit is life and peace.

Now Jacob their father loved the taste of game meat so he loved Esau who hunted game for the family. Rebekah though loved Jacob.

One time when Esau returned from a trip out in the wilderness he was hungry so he wandered into the kitchen to see if he might find something to eat. There he found Jacob cooking some red stew. I don’t know if you’ve ever gone out hiking or hunting all day and run out of food. The longer you walk without eating, the more your body craves calories. Oh how delicious that red stew must have smelled to the famished Esau…

I’ve been out all day and haven’t eaten in forever. I’m starving. Give me some of that stew, Esau said.

But Jacob replied, What’s in it for me? Why should I give you some stew for nothing? Sell me your birthright first and then I’ll feed you.

Hey, whatever. If I die of hunger what good is my birthright anyway. Take it, take the birthright.

Swear it to me…

So Esau swore an oath to Jacob that he’d give up his birthright. Then Jacob served him up some lentil stew and some bread.

Esau ate, and he drank, and he got up and left.

It’s here in the last verse of the chapter that we’re told that Esau despised his birthright. (v. 34) In Hebrews 12:16 we’re told that Esau was godless in his attitude toward his birthright. Learning something of what the birthright meant might help us to see why Esau’s cavalier attitude about it is characterized as being so deplorable. The right of the first born meant that he was to take precedence over his brothers upon the death of their father. Also upon their father’s death the eldest and holder of the birthright would receive a double portion of the father’s estate. (Deuteronomy 21:17) Finally after the father’s passing the first born would become the priest of the family, the one responsible for the family’s relationship with the LORD. (Exodus 22, Numbers 8 )

It’s obvious from our story that Esau didn’t have much regard for any of it.

It’s like sacrificing the birthright for a bowl of stew.

Invest in Christ, in the LORD, in heaven, in the eternal. Never trade your future in the eternal to satisfy your worldly appetites.

This is the account of the family line of Abraham’s son Isaac.

Abraham became the father of Isaac, 20 and Isaac was forty years old when he married Rebekah daughter of Bethuel the Aramean from Paddan Aram and sister of Laban the Aramean.

21 Isaac prayed to the LORD on behalf of his wife, because she was childless. The LORD answered his prayer, and his wife Rebekah became pregnant. 22 The babies jostled each other within her, and she said, “Why is this happening to me?” So she went to inquire of the LORD.

“Two nations are in your womb,
and two peoples from within you will be separated;
one people will be stronger than the other,
and the older will serve the younger.”

24 When the time came for her to give birth, there were twin boys in her womb. 25 The first to come out was red, and his whole body was like a hairy garment; so they named him Esau. 26 After this, his brother came out, with his hand grasping Esau’s heel; so he was named Jacob. Isaac was sixty years old when Rebekah gave birth to them.

27 The boys grew up, and Esau became a skillful hunter, a man of the open country, while Jacob was content to stay at home among the tents. 28 Isaac, who had a taste for wild game, loved Esau, but Rebekah loved Jacob.

29 Once when Jacob was cooking some stew, Esau came in from the open country, famished. 30 He said to Jacob, “Quick, let me have some of that red stew! I’m famished!” (That is why he was also called Edom.)

33 But Jacob said, “Swear to me first.” So he swore an oath to him, selling his birthright to Jacob.

34 Then Jacob gave Esau some bread and some lentil stew. He ate and drank, and then got up and left.

So Esau despised his birthright.