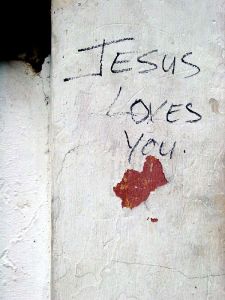 When you hear the name Martha in the context of the Bible, what comes to mind? I know for me I think of the time Martha welcomed Jesus into her home and became “distracted with much serving.” All the while her sister Mary sat at Jesus’ feet and listened to his teaching. Martha became upset with Mary because she wasn’t lending a hand. In fact, she wasn’t contributing toward showing Jesus hospitality in any way other than listening to what he had to say.

Martha said to Jesus: Lord, don’t you care that my sister has left me to do all the work of serving alone? Tell her to help me. 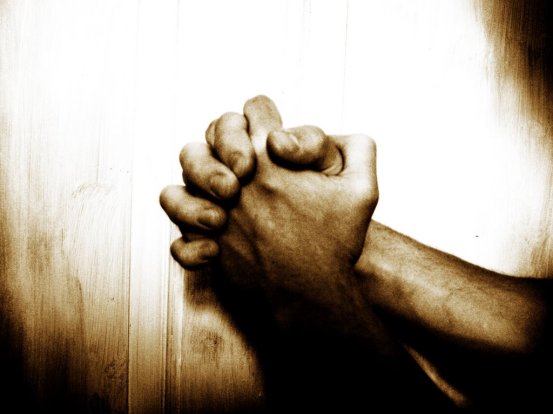 We’ve all heard it before:

“Spend time with the Lord.”

“Seek Him in a quiet place.”

“Be a prayer warrior.”

Has anyone out there actually tried to put it these things into practice? You might find the response of those around you to be interesting.

In a culture that values activity, you might find that in the eyes of many, being a prayer warrior doesn’t count for much. Time in God’s word may be perceived by some as time wasted. When you’re praying, when you’re reading God’s word, you’re not physically doing. You’re not producing, at least in the world’s eyes.

It’s been said that the United States runs on coffee. Santa Fe Springs, California alone has 560 Starbucks stores within 25 miles. And in the last five or ten years we’ve moved beyond coffee. We have a plethora of energy drinks available to us that give us wings, right? Monster Energy, 5 Hour Energy, Red Bull…

“Hey,” enough of that. “Get it in gear!” If not said outright, the expression on the faces of some say it clearly enough.

Please don’t get me wrong. I’m a believer in work. A number of years ago I read an article about geniuses and they all had one thing in common: they were prolific. They produced. They produced more great works than their contemporaries, and they even produced more mediocre work than their contemporaries. More recently Malcolm Gladwell writes of how he can’t find anyone at the top of their field who hasn’t put in at least 10,000 hours of work before they became successful. That’s 20 hours per week, for ten years. (Gladwell, Outliers)

Work is important. Work is essential. Getting things done is important. God can’t direct you if you’re not moving. You can’t navigate a boat if you leave it sitting at the dock.

So I’m not talking about using prayer and reading scripture as an excuse to be lazy or slothful. In a study by the Catholic church based on confessions, slothfulness was the third most common sin confessed, among men. (see article from the UK Telegraph) So laziness or slothfulness is definitely something to watch out for.

What I am saying is, although time spent working is of course essential, all those things you’ve heard about concerning how good it is to spend time with the Lord — they are absolutely true! Time with the Lord is time well spent! Whether in prayer, or in His word, or in church, or in worship. It’s time well invested. Ideally your time spent with Him will result in your activity being directed by the Holy Spirit. My hope and prayer is that your time and my time spent with Him will result in our work being born of God, coming from the Lord instead of from ourselves.

If you could, would you go back and do anything differently?

Yes, of course. I’d spend more time at home with my family, and I’d study more and preach less. I wouldn’t have taken so many speaking engagements, including some of the things I did over the years that I probably didn’t really need to do—weddings and funerals and building dedications, things like that. Whenever I counsel someone who feels called to be an evangelist, I always urge them to guard their time and not feel like they have to do everything.

I also would have steered clear of politics. I’m grateful for the opportunities God gave me to minister to people in high places; people in power have spiritual and personal needs like everyone else, and often they have no one to talk to. But looking back I know I sometimes crossed the line, and I wouldn’t do that now.

Spending time with Him is good. I hope what I’m sharing today will encourage you to carve out time with Him. But because our culture so values activity for activity’s sake, if you’ve just decided to embark on a new quest to spend quality time with Christ, if you’ve purposed in your heart to devote significant time each day to be with Him, brace yourself, steel yourself, prepare yourself. Some of the people around you may not recognize the value in what you’re attempting to do. You may even be surprised by who some of those people are. But be strong and of a good courage. (Joshua 1:9) Continue to seek Him.

As Jesus and his disciples were on their way, he came to a village where a woman named Martha opened her home to him. She had a sister called Mary, who sat at the Lord’s feet listening to what he said. But Martha was distracted by all the preparations that had to be made. She came to him and asked, “Lord, don’t you care that my sister has left me to do the work by myself? Tell her to help me!”

“Martha, Martha,” the Lord answered, “you are worried and upset about many things, but few things are needed—or indeed only one. Mary has chosen what is better, and it will not be taken away from her.”