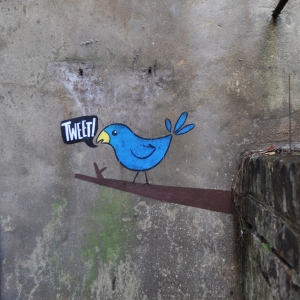 Last night (at the time of this writing) I read this very insightful article in the New York Times. I was so morbidly fascinated I just couldn’t put it down. It was about a woman traveling from New York to South Africa to visit family. While she was on a layover in London, she sent out a tweet. This tweet of hers, it was an awkward attempt at humor. But it had to do with AIDS and race–and it was definitely more awkward than it was humorous.

After she sent this tweet she checked for a response but there was none. She only had around 170 Twitter followers, so that’s not too surprising. But what happened next was very surprising.

During the eleven hours she was in the air between London and Cape Town, South Africa, a writer and editor of a blog with 15,000 Twitter followers got wind of her tweet. So he posted it on the blog he edits, and this began a chain of events the woman never anticipated. END_OF_DOCUMENT_TOKEN_TO_BE_REPLACED